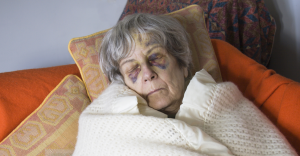 No matter how old we are, most of us continue to view our parents as middle aged, healthy, and basically invincible. Consequently, coming to the realization that a parent has aged, and deteriorated physically and/or mentally, can be difficult to accept. If your parent’s condition requires the type and/or level of care that you cannot provide at home, a long-term care facility may be the only option. Given the seemingly endless horror stories you have heard about abuse and neglect at nursing homes, how can you be certain that your parent will be well cared for at a nursing home? One way is to do your research and check for violations and complaints before choosing a facility. State inspection reports should be a great source of information about the conditions in any specific nursing home as well, right? Maybe not, according to a recent article in the Orlando Sentinel.

Nursing homes in the State of Florida are subject to periodic inspection by state agencies to check for violations and to note overall conditions at the facility. These reports are considered public information and are, therefore, available to the public upon request. You would probably expect to find relevant information in these reports that would help you gauge the quality of the care offered at any specific facility. What you would actually find, may be a significant number of blanks and missing information, such as dates, places, and pivotal words.  For example, the following are excerpts from two inspection reports:

“On ——— at 3:14 p.m., interview with the detective in charge of Resident #1’s case stated that they received an anonymous call from a person that said there was a body floating in the ———.”

Clearly, without the missing information, it is virtually impossible to know who is referenced in the report nor what happened that prompted the report.

Brian Lee of Families For Better Care, a nonprofit advocacy group dedicated to creating public awareness of conditions in the nation’s nursing homes, calls the heavily censored reports — which cover inspections of nursing homes and assisted living facilities — “shocking.” He first noticed a difference in the amount of information withheld late last year. “The state is stripping these reports of critical information that the public would use to make sense of what is happening,” Lee said. Others are concerned that the redacted reports indicate a pattern of state officials holding back information on long-term care facilities.

Not surprisingly, the Florida Agency for Health Care Administration, which is responsible for the reports, denied that allegation, saying state officials are merely trying to “provide additional protection of personal health information” as required by federal privacy laws.  Although residents’ names, Social Security numbers and dates of birth have never been included in reports made available to the public, AHCA press secretary Shelisha Coleman said additional information “could potentially be used to independently or in combination with other information identify an individual’s protected health information.”  Just to be clear, a scenario such as Ms. Coleman suggested has never happened. Ms. Coleman went on to admit that the agency uses an automated process “to redact documents efficiently” and that “there is (a) possibility that some items may be inadvertently redacted.”  Coleman did indicate that “specific requests” for inspection reports could be processed for a fee and a delay of at least eight business days. The redacted inspection reports, however, are available on the agency’s website free of charge.

Barbara Petersen, president of the Tallahassee-based First Amendment Foundation, called the state’s reasoning for the redactions “absurd.” Medical privacy laws, she said, “are intended to protect your personally identifying medical information, not the bad actions of a facility. My dad is 95 and living in an assisted living facility, so do I want to know if there are bodies floating in the whatever? Absolutely.”

Lee, from Families for Better Care, advocates for a suspension of the state’s automated redaction program until it can figure out a better system. “I haven’t seen anything this blatant, as far as the disregard of the public records laws, as what’s coming out of the Agency for Health Care Administration right now,” he said. “And their attitude is very nonchalant, that this is just a computer glitch. It’s crazy — and, most importantly, it’s a disservice to residents and their families.”

If you have questions or concerns regarding nursing home abuse or neglect, contact the experienced Vero Beach nursing home attorneys at Kulas Law Group by calling (772) 398-0720 or (772) 778-8481 to schedule an appointment.