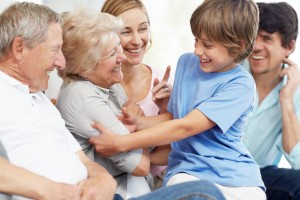 You have undoubtedly heard the warning “read the fine print” when signing contracts of all types; however, for the loved one of elderly individuals in need of nursing home care – often in a time sensitive context – the last thing they have time to do is sit down and read through pages and pages of legal jargon. They just want to find a caring, compassionate, and competent facility to care for their parent or other loved one. What they may not realize though, is that hidden in all of those provisions may be language that prohibits patients from directly suing the facility for abuse. Congress has been debating the issue since last summer; however, the Florida nursing home deaths in the aftermath of Hurricane Irma have given some lawmakers added incentive to push for a patient’s right to sue nursing home.

What Does the Law Currently Say?

As the law stands right now, federal law dictates that a nursing home resident cannot be required to waive the right to access to the court system, meaning a patient can bring a lawsuit against a nursing home for injuries caused by negligence, abuse, and/or neglect on the part of the facility. The rule specifically applies to facilities that accept Medicare or Medicaid funds, which encompasses the vast majority of long-term care (LTC) facilities. The Centers for Medicare and Medicaid Services (CMS), however, has indicated its desire to change the current rule. CMS wants to allow LTC facilities the ability to require prospective residents to waive their right to file a lawsuit in court and, instead, agree to have any “disputes” settled through the use of arbitration. Arbitration is a form of alternative dispute resolution (ADR) that involves bringing the dispute before a disinterested third party for resolution. The third party, an arbitrator, hears the evidence brought by both sides and makes a decision. If the arbitration is the result of a mandatory arbitration clause, the decision made by the arbitrator may be binding on the parties.

Not only does the average person not take the time to read through the volumes of paperwork presented to them when they check a loved one into a nursing home, but even if they did actually read all of it, they might not realize what agreeing to arbitration means in practical terms. Arbitration has traditionally been used to resolve business disputes – and it often works well in that arena. Complaints that involve elder abuse and neglect, however, are not simple business disputes. Unlike a court trial, arbitration is conducted in private, meaning the nursing home involved does not have to worry about public opinion or outcry after hearing details of elder abuse and neglect. Arbitration also removes the possibility of a jury trial. To make matters worse, many mandatory arbitration clauses give all decision-making authority to one party – in this case, to the nursing homes. Expect the nursing home to be able to decide everything from who the arbitrator will be to the rules that apply during the arbitration.

The Push for Patient Rights

In a letter to CMS Administrator Seema Verma, 46 House Democrats wrote that “these clauses are buried in the fine print of voluminous nursing home admission contracts and typically only accepted because they are unnoticed.” The lawmakers pointed to the nursing home in Florida, where 12 residents died after the hurricane knocked out the facility’s air conditioning. “The horrific reports of abuse at facilities in Florida and Texas in the wake of Hurricanes Irma and Harvey underscore the need for your agency to reconsider upending the legal protections of those who have worked and saved for their entire lives to retire with dignity,” the lawmakers wrote. “This is a time when we should be protecting our nation’s seniors, not rolling back their fundamental right to hold wrongdoers accountable for neglect and abuse.”  More than 75 consumers, health and advocacy groups have formed the Fair Arbitration Now Coalition to stop the rule’s reversal and to prevent forced arbitration in the future.

For more information, please join us for an upcoming FREE seminar. If you have questions or concerns regarding the language in a nursing home contract,  contact the experienced Florida nursing home lawyers at Kulas Law Group by calling (772) 398-0720 to schedule an appointment.