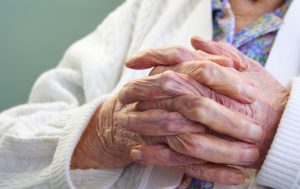 Sadly, elder abuse is a growing problem in the United States, and a problem that can impact anyone. You do not need to have amassed a fortune to wind up a victim of elder abuse; however, when a fortune is involved it often increases the likelihood of foul play. Marvel Comic legend Stan Lee has been making headlines recently as a result of his battle against elder abuse. The court recently renewed a protective order against his onetime business manager while law enforcement agencies continue to investigate allegations of elder abuse.

Stan Lee, the 95-year-old Spider-Man co-creator and Marvel Comics mogul won renewal of a protective order on Friday against a onetime business manager accused of elder abuse after taking charge of his affairs earlier this year.  Keya Morgan, a New York-based memorabilia collector who became involved with Lee following the death of Lee’s wife last year, must stay least 100 yards away from the Marvel magnate for the next three years, the restraining order states. The order further requires Morgan, also known as Keyrash Mazhari, to stay away from Lee’s daughter, Joan Celia “C.J.” Lee, 68, and his 86-year-old brother, Larry Lieber.

The hearing came on the anniversary of the death of Joan Lee, Stan Lee’s wife of nearly 70 years, whose absence left a void that has resulted in a struggle between would-be friends, lawyers, advisers and managers of the man whose co-creations include Spider-Man, the Incredible Hulk and the rest of the Avengers.

Lee has an estate worth some $50 million US, according to previous court documents. Freund said Los Angeles Superior Court Commissioner Laura Hymowitz granted the restraining order on the basis of evidence outlined in an earlier petition and a brief presentation he made in court on Friday. A previous restraining order issued in June against Morgan was dismissed in July over confusion about Lee’s legal representation. Freund said Friday’s action essentially renews and extends that order.

The original petition and supporting documents alleged Morgan seized control of Lee’s home and hired security guards with orders to keep away trusted relatives and associates of Lee before moving him from his longtime home to an unfamiliar condominium. It also alleged that Morgan attempted to interfere with Lee’s ability to contact caregivers, doctors and family members, has attempted to alienate Lee from his daughter, and is embezzling or misappropriating $5 million worth of Lee’s assets.

Morgan has denied allegations of abuse. But he was arrested in June on suspicion of making a false police report for placing an emergency 911 call for a burglary in progress at Lee’s home. The call was made after two police detectives and a social worker arrived to check on Lee’s welfare, according to a police affidavit filed with the original petition.

Morgan is a memorabilia dealer and Marilyn Monroe expert who befriended Lee’s daughter and only child J.C. Lee, and since February has increasingly taken personal control of Lee’s life and household, taking advantage of Lee’s age to influence and isolate him, Lee’s attorney Tom Lallas said in the restraining order request.

He got rid of many who had worked for Lee, including Lallas, who had been helping with Lee’s estate planning and other financial matters before his ouster, and has now returned. Morgan prevented friends, employees and relatives, eventually even J.C. Lee, from contact with Lee, police said in reports included with the restraining order.

The reports said they had twice done welfare checks on Lee, on Feb. 23 and again on May 30, when Morgan was not home. Morgan returned and was denied entry. After his 911 call reporting burglars, he again called 911 to say a security guard was being threatening and aggressive.

Freund said Lee was now back home and managing his own affairs with help from his daughter and others on his “team,” while he “continues to try to work a little every day…to develop new characters and stories.”

Please join us for an upcoming FREE seminar. If you are concerned that a loved one may be the victim of elder abuse, contact the experienced elder law attorneys at Kulas Law Group by calling (772) 398-0720 to schedule an appointment.