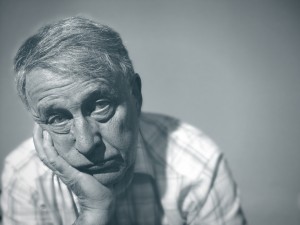 The average life expectancy of someone living in the United States has nearly doubled since the turn of the 20th century. Today, we can expect our parents and grandparents to live well into their 80s and beyond. While this means we can enjoy our older loved ones for much longer, it also increases the odds that you will someday be responsible for caring for a parent who is suffering from physical and/or mental incapacity.  At some point, you may be faced with the fact that your parent has become unable to safely care for himself/herself without assistance. The only viable solution may be to petition for guardianship over your parent. Making the decision is often a heart-wrenching process as is may feel as though you are taking away your parent’s freedom and independence.  Failing to act, however, you result in your parent suffering serious injury or becoming the victim of those who prey on the elderly. To give you some idea of what to expect from the guardianship process, the Port St. Lucie elder law attorneys at Kulas Law Group explain guardianship basics.

What Is Adult Guardianship?

Guardianship is a legal relationship wherein a surrogate decision-maker is appointed by the court to make either personal and/or financial decisions for a minor or for an adult with mental or physical disabilities. When the proposed ward (incapacitated person) is an adult, guardianship is the process by which the court finds an individual’s ability to make decisions so impaired that the court gives the right to make decisions to another person. By law, a court can only grant a guardianship when other, less restrictive, means are insufficient to protect the ward. The State of Florida offers both voluntary and involuntary guardianships. A voluntary guardianship may be established with the consent of the ward while the ward is still capable of making his/her own decisions and caring for himself/herself. An involuntary guardianship requires a court finding of necessity after a lengthy judicial process.

Types of Guardianship in Florida

Petitioning for guardianship can be an emotionally stressful, and legally complex task – particularly if anyone opposes the guardianship and/or your appointment as Guardian. To ensure that the process proceeds as smoothly as possible, be sure to consult with an experienced Florida elder law attorney as soon as the need for a guardianship surfaces.

For more information, please join us for an upcoming FREE seminar. If you have additional questions or concerns regarding guardianship in the State of Florida, or you wish to get started on a petition, contact the experienced Port St. Lucie elder law attorneys at Kulas Law Group by calling (772) 398-0720 to schedule an appointment.