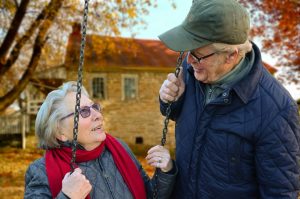 Will You Need to Qualify for Medicaid?

Your likelihood of needing long-term care (LTC) increase dramatically during your retirement years. If you do eventually end up in LTC, the cost of that care may be prohibitive. The average cost of LTC in Florida has exceeded the national average for several years. Nationwide, the average monthly cost of LTC was about $6,500 for 2017; however, if you live in Florida you can expect to pay, on average, over $8,500 per month for LTC. Moreover, experts predict that figure to rise steadily over the next couple of decades. The cost of LTC is problematic because neither Medicare nor most health insurance policies will cover LTC costs. Unless you can afford to pay out of pocket, that leaves Medicaid as your only option because Medicaid does cover LTC expenses. Not surprisingly, over half of all seniors currently in LTC rely on Medicaid to help cover their LTC costs. If you end up in LTC, you may find yourself turning to Medicaid as well to pay for your LTC expenses.

Will You Qualify for Medicaid?

The fact that Medicaid covers LTC expenses is great news, as long as you qualify for benefits. Medicaid eligibility, however, is based on an applicant’s income and “countable resources.” Both limits are relatively low. As a senior on a fixed income, your income may not be an issue; however, your countable resources (assets) could be problematic given that the limit for an individual is only $2,000. Fortunately, some assets, such as your home and a vehicle, are exempt from consideration; however, if you failed to plan ahead, your non-exempt assets could be a bar to eligibility. The other concern most people have when applying for Medicaid is what affect their eligibility could have on a community spouse. Is your spouse required to live without sufficient income and assets just because you need help paying for LTC? Fortunately, the answer is ”no.”

There was a time when one spouse was subject to being left without income or resources as a result of the other spouse’s need for help paying for nursing home care. This happened because the couples’ income and assets were combined for the purpose of determining Medicaid eligibility. If a couple’s assets exceeded the program limit, those assets had to be “spent-down” (sold or transferred) until their value dropped below the limit. This left the community spouse with virtually no resources. Fortunately, the Medicaid spousal impoverishment rules now prevent that from occurring.

The current Medicaid rules call for a “division of assets.” All assets belonging to either spouse are added together, except for exempt assets. One-half of the total (but not less than $24,720.00 nor more than $123,600 as of 2018) is considered as the “spousal share” for the community spouse. The spousal share is protected from the Medicaid spend-down requirements, ensuring that those assets remain available for the community spouse to use. By way of illustration, imagine that you and your spouse have non-exempt assets valued at $100,000. Your spouse could keep half of those assets ($50,000) but you would need to “spend-down” your half before being eligible for Medicaid.

A similar provision also allows the community spouse to keep some of the nursing home spouse’s monthly income if the community spouse’s income is below the Minimum Monthly Maintenance Needs Allowance (MMMNA). The amount of the MMMNA is set by law and will vary each year depending on factors such as geographic area and household size. For a community spouse with no dependents, the MMMNA can vary between $2,057.50 and $3,090.00 as of 2018.

For additional information and assistance, please FREE estate planning worksheet. If you have specific questions about the Spousal Impoverishment rules, or Medicaid planning in general, please contact the experienced Medicaid lawyers at Kulas Law Group by calling (772) 398-0720 to schedule an appointment.